Helping you with your music

The True Value of Competition 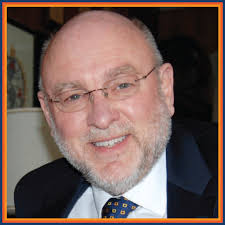 Why are you REALLY competing?

If you are in the game of COMPETITION to ‘win a trophy’, or ‘come first’, then you may find yourself sensing a great deal of frustration as you go through the process of preparation, production and performance, particularly if (after all that) you end up ‘without a trophy’ or without ‘first prize’.

OUCH! It’s so easy to get caught up in that attitude of, “you mean I did all of that work, and didn’t even get a trophy!”

Warning:
If that sounds even vaguely familiar, it may be time to re-adjust your thinking and reset your priorities in terms of the True Value of Competition; otherwise you may be in store for a very depressing journey which has no final destination, except a ‘more depressing journey.’

Why do you compete?

Is it to PROVE something to someone else? If so, you are destined to spend your whole life trying to satisfy another person. Shouldn’t we be going through this effort to prove something to ourselves – to reach new levels of attainment and personal growth – to stretch our present talent level to new heights of accomplishment and self-satisfaction? Regardless of the outcome of any contest, if we do not feel we have gained through the experience, then why do we subject ourselves to a potentially damaging environment in the first place?

Far too often people leave a competition expressing anger, disgust, frustration, revenge, bitterness, hostility and a host of other negative emotions. Is it worth it? Obviously not! As a result of this “win at all costs” attitude, we often find the performers, instructors, conductors, even the audience participating from the vantage point of: “We’ll win by beating everyone else!” (which is a behavioural pattern of insecurity: “I’ll make myself look better by making everyone else look worse”).

When we approach anything from that perspective, the negatives tend to feed themselves and the damaging emotions compound. After a length of time, this self-destructive behaviour will result in the disappearance of the “will to compete”. In other words: WE’LL QUIT! ‘Losing’ in its ultimate state: quitting, giving up, walking away, avoiding the game.

The word competition is derived from the French word competere, which means “to bring together”. Let’s suppose we approached every event with the understanding we were “bringing together different groups” so that each person involved could learn from everyone else while putting forth his or her best effort to share with everyone else. The performers would agree to give their best effort to the performance. The instructors and conductors would agree to seek every opportunity to make their performers aware of new information which could improve them, and the audience would agree to be a great audience for every performance.

Now, we have people participating out of DESIRE TO SUCCEED instead of FEAR OF FAILURE. With everyone supporting each other the object of the competition becomes twofold:

From this vantage point: I win when YOU win because I was (through my support of you) part of the reason for YOUR success. Of course, YOU will also win when I win. Everyone wins; nobody loses!Win – Win for everyone 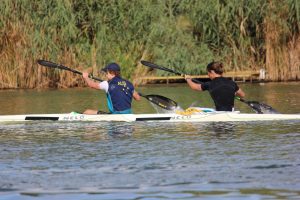 Personal satisfaction runs high, and everyone is eager to participate and improve in the game. We all like to be participants in the games we can win. Along with this ‘double win’ situation, we pick up extra benefits of:

Perhaps this seems just a bit TOO SIMPLE! It is, if you put any stock in the meanings and ratings beyond a mere score-keeping measure. The actual outcome of the competition cannot compare to the value of the “learning experience” for the participants UNLESS we continue to pretend that it does mean something. The ONLY possible meaning that it could have is in relationship to “puffing up the ego” a bit more, which of course, is just another way of feeding insecurity.

When this happens we see young people – after giving their all – walk away from a competition dejected and hurt because they came in 2nd, behaving as though they had lost instead of celebrating the fact that they performed their best ever!

If judges were never wrong and performance conditions remain absolutely stable for every group, and the ‘human factor’ for every performer. instructor, conductor and fan could be fine-tuned to always be predictably the same (which of course, is impossible), we are still comparing apples to grapefruits to blueberries. It is ludicrous to think anyone can do that and be certain. Look at the variables: size of group, style of music, colour of uniforms, difference in visual structure, age of performers, economic support in the community, amount of rehearsal time, size of the practice facility, etc. and so on and so forth.

Why, even in sports they have far more objective scoring methods: ball through the hoop, over the line, into the net, through the goal posts, out of the park etc.These can be measured!

How does one compare a performance of ‘Festive overture’ to one of ‘Caravan’? One does the best one can, knowing the VALUE lies in the suggestion input, NOT in the numerical score.

Let us keep in mind our responsibility to:

REAL champions never have to TELL anybody they’re champions. We all sense it in their STYLE OF LIFE, because they make US feel like winners too! Together we all can win. Sounds like a great way to play. Can we count you in?

Then let the games begin!!!